The trade war between the USA and China has already left its mark very clearly on the textile trade.

Both American importers and Chinese suppliers are looking for new ways of getting round the punitive tariffs imposed by the Trump administration. The Americans are seeking to meet their demand for textiles from other countries, in Asia but also in Africa, while Chinese suppliers are trying to export to the USA from third countries.

Chinese exporters have developed some highly creative approaches in this respect. Chinese companies, and American companies that have hitherto been producing in China, are shifting their production to other countries – in Asia these include Bangladesh, Vietnam and Cambodia, while in Africa they include Ethiopia, Kenya and Mauritius. As is well known, the USA has concluded a free trade agreement with Africa – the African Growth and Opportunity Act (AGOA) – through which exporters can supply their goods to America free of customs duties.

The problem with this is that it is not easy for a company to shift its entire production to a country that has an inadequate infrastructure for manufacturing and few trained workers. Moving production elsewhere also involves high levels of investment. The companies are therefore looking very hard at the question of whether a long-term commitment to a third country is actually worthwhile.

In conversation with textile network in New York, Zhang Tao, Secretary General of the China Sub-Council of the Textile Industry, commented that his country’s export trade in textiles had stabilised in 2018; indeed, there had even been a modest increase in exports. Global exports of textiles and clothing from China amounted in 2018 to US$ 276.7 bn, he said, with exports to the USA alone accounting for US$ 40 bn. China’s joining of the World Trade Organisation in 2000 gave a strong impetus to textile and clothing exports from the country. “Demand from the USA remains strong,” says Tao. “But the trade war is causing uncertainty in the market which will also adversely affect the American import sector. American importers will need to look for new suppliers.”

Tao indicated that the migration of Chinese businesses to Africa, particularly Ethiopia and Kenya, had already begun and that both countries were seeking to attract Chinese companies by constructing industrial parks. In his opinion, however, Chinese companies willing to migrate to Africa to take advantage of the AGOA benefits would not always find it easy to set up their entire production in Africa. Cultural and geopolitical conditions were very different and it would take a long time to acclimatise to the business situation. He believes, therefore, that Chinese suppliers might also look to markets other than the USA. Nonetheless, it continued to be the case that “in value terms, the American market is the biggest market in the world for China,” he declared. Hence Chinese suppliers have been getting creative in their search for ways of circumventing the punitive US tariffs. Suppliers are transporting their intermediate or semi-finished products to Africa or one of the south-east Asian countries, where they are processed into finished goods for export to the USA. Abuses can arise here, such as a Chinese supplier making only cosmetic alterations to the goods in a third country in order to claim the duty-free benefits in the USA; so this procedure is a somewhat tricky grey area. In the opinion of one American importer, “It is certainly entirely legal if an intermediate product is substantially altered in an African or south-east Asian country, but it is illegal if the supplier makes a purely superficial change.”

In the meantime, companies in south-east Asia have been experiencing enthusiastic interest on the part of western importers wishing to reduce their heavy dependence on imports from China. At the home textiles trade fair ’Heimtextil‘ in Frankfurt, exhibitors from Indonesia, Malaysia and Vietnam sensed a great deal of interest from western purchasers.

Talking to textile network, Wendy Tan, Managing Director of Nature World Manufacturing Sdn. Bhd, based in Petaling Jaya, Selangor, Malaysia, remarked: “We supply bedding to large western companies who sell the products under their own brand names. At the same time, though, we also sell our own, quite different product range under our own ’Secrets of Nature‘ brand, which is registered in Malaysia and in Britain.” Nature World Manufacturing now plans to turn its attention to the American market. “The trade war between the USA and China opens up new opportunities for Malaysia,” says Tan. “ Previously we could not compete on price terms with Chinese products, although the quality of Malaysian products is much better. Now, because of increasing labour costs, Chinese products are no longer as cheap as they were. In addition, the punitive tariffs are now also making Chinese products as a whole more expensive.”

The trade war has already had a serious effect on global trade, although the USA and China are seeking to resolve their problems in negotiations that will be starting soon. The ’ceasefire‘ agreement reached by US President Donald Trump and Chinese head of state Xi Jinping in December, which lasts until the beginning of March, is the first step in this direction, according to an American economic researcher who prefers to remain anonymous. To Olaf Schmidt, Vice President (Textiles/Textile Technology) at Messe Frankfurt, it is not yet clear “where we are heading in the coming weeks and months as a consequence of the trade war.” Visitor numbers from the USA increased however, he said, leading to the possible conclusion that American buyers are seeking out new potential sources of supply. “The representatives of the major American department stores are all here at Heimtextil,” says Schmidt in conversation with textile network. Nevertheless, he continues, despite the trade war, China is still the largest textiles supplier in the world and has a huge textile production infrastructure “which is simply not available in other countries to the same extent.”

So what does the IMF think?

In the opinion of the International Monetary Fund (IMF), the trade war will have negative effects on economic growth in both countries. This is particularly true of China, for which the IMF has reduced its growth forecast for 2019 by 0.2 percentage points. The USA, too, is expecting weaker growth, while the New York Stock Exchange (NYSE) appears to be “somewhat uncertain” of the broader effects of the trade conflict. In an interview with textile network, Alex Ibrahim, Head of International Capital Markets at NYSE, said: “We are watching the market developments in the trade dispute between the USA and China, and there are negative reports on the market as a consequence of the US-China trade war.” What else can one do but wait...?

With its new Smart Energy Monitoring software function, Baumüller now presents a solution for the intelligent energy monitoring of machines and systems. By  Sibylle Michel

In Hall 14 at Stand A4B3 in the India Exposition Mart Ltd, Groz-Beckert will be presenting innovations from its various product areas at India ITME 2022. By  Sibylle Michel

3DLook has achieved a 47% lower return rate for size-related reasons in a 6-months case study in partnership with internet-famous TA3 SWIM. By  Sibylle Michel 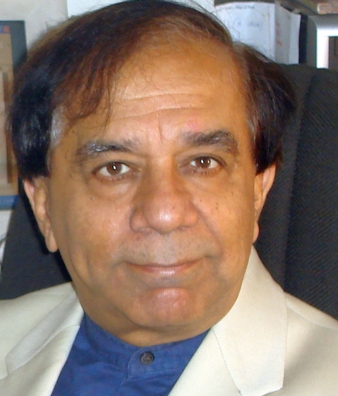