The fair sent out a clear message to Germany and Europe: Get ready for China’s insatiable demand for sustainable, high-quality fabrics, apparel and fashion.

The potential is truly huge, with China’s middle class already swelling to more than 107 million people (2017). This population group is hungry for education, travel and consumerism and is only set to grow. The number of “well-heeled” people in China corresponds to the population of Germany and the Benelux countries put together! Their newly acquired social status goes some way to explaining two things: the large number of giant department stores and malls and the sustained run on high-quality consumer goods such as footwear, bags and clothing.

China’s weight as a textile nation

During the autumn edition of Intertextile, Shanghai with its population of 26 million people was temporarily transformed into the textile capital of the world, hosting four concurrent textiles fairs focusing on yarns, textile and clothing machinery and fashion. China has been dominating several sectors of the global textiles industry for years, with more than 64 percent of synthetic fibres and one in four tonnes of cotton being produced here. In 2017, China’s share of the global textile market totalled 43.1 percent. This is quite significant given the recently introduced tariffs. The AAFA (American Apparel & Footwear Association) has revealed that 41 percent of the clothing sold in the US, 72 percent of the shoes and 84 percent of all accessories originate from China.

The industry is currently in a state of flux as it continues to embrace innovation, sustainability and efficiency. Intertextile is adapting its concept accordingly. Yang Chen, General Manager of Heng Sheng Garment in China, sang the fair’s praises. “This year, there are lots of exhibitors who reflect my buying needs. I’ve found a few high-end suppliers offering environmentally friendly fabrics.”

Key selling points both now and in the future are sustainability and eco-friendliness. Yarn and product manufacturers have not only recognised this but are already tackling it. The Repreve brand from Unifi demonstrated what 100 percent recycled polyester yarns are capable of: they can absorb moisture, repel water and regulate body climate. The company currently buys millions of PET bottles from Haiti. Why the Caribbean? Because in China 90 percent of all PET bottles are already being collected and reused...

At Cotton USA’s stand, Karin Malmström, Director for China and North-East Asia, explained how the Trust has progressed with its environmental goals over the past 35 years. During this period, irrigation efficiency has improved by 18 percent, greenhouse emissions have been slashed by 39 percent and energy costs reduced by 15 percent. Likewise from the USA, Elevate Textiles appeared at Intertextile for the first time. This giant owns 38 top textiles companies, making it a global supplier of premium fabrics and yarns. The manufacturing and brand conglomerate, which owns the likes of Burlington, Cone Denim, Gütermann and more, is striving to raise textiles to a completely new level of sustainability. CEO Per Olof-Loof: “We all have to do much more to push sustainability.”

You can read the detailed trade fair report in the print edition textile network 11-12/2019 with publication date 15 November 2019.

More transparency in the supply chain – the denim specialist opts for SCM tool from Setlog. By  Iris Schlomski

On 17 and 18 March, the doors will open for the International Cotton Conference Bremen – The Hybrid Edition will be mainly virtual. By  Iris Schlomski 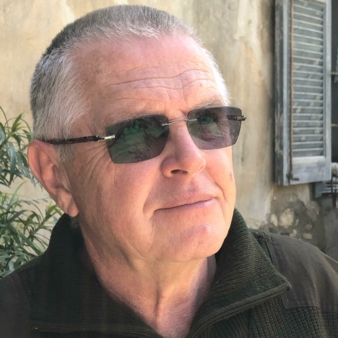 Human Solutions and Avalution were acquired