Every so often, one hears of eminent doctors, scientists or designers being so convinced that their inventions will work that they try them out on themselves. One need only think of Doctor Werner Forßmann who explored his own heart with a catheter, the physicist Johann Wilhelm Ritter, who carried out galvanism experiments on his own body or the aviation pioneer Otto Lilienthal who performed the first successful flights with gliders. The 22 staff at Betterguards are perpetuating this bold approach by testing their products on themselves. The team members regularly play football, tennis and basketball whilst wearing their innovative ankle supports. In doing so, they feel and experience the effects of the product’s protective properties on their own bodies.

“Without this technology, we’d have had 22 injuries, some of which would’ve been extremely painful. Having sustained several injuries playing football in my free time, I decided to develop an intelligent product that could prevent injury. That’s what made me study medical engineering, among others, because I wanted a deeper understanding of biomechanics.”

The ankle sprain simulator at the company’s biomechanics and research laboratory allows customers to gain an appreciation of how the safety belts work on the ankle, knee and, in the future, also the shoulder, hand and neck joints. Traditional textile bandages are combined with a finger-length 9mm-wide cylinder (soon to be reduced to 6 mm), which works like a shock absorber and contains an intelligent fluid system to support the joint in question. Located in the shoe or in the bandage around the ankle, the Betterguards technology uses a gelatinous or oil-like material to ensure that natural movements with safe muscle extensions are permitted, whilst critical hyperextension caused, for example, by twisting the ankle is prevented. In this instance, the tubular muscle support, which is known as an adaptor and is designed with adjustable tolerances, blocks movements within a matter of milliseconds.

“In a hazardous situation, the system responds three to four times faster than the human body,” states medical and plastics engineer Vinzenz Bichler, drawing on many years of experience with trials. When writing his Masters’ dissertation at Berlin’s Technical University, he was fascinated by the potential of dilatant, shear-thickening fluids, which spontaneously change their viscosity when they move at different speeds. In 2014, this compelling behaviour prompted him and the two other company founders, Max Müseler and Timo Stumper, to develop their ideas further and to incorporate them into the intelligent Betterguards system. Their start-up, which has a production facility in Hennigsdorf and whose headquarters and research facility are located at Charlottenburg Innovation Centre (CHIC) near the prestigious Kudamm in Berlin, has several B2B partnerships with producers involved in MedTech, sports & leisure, orthopaedics and occupational health and safety.

15 patents for the anti-twist system

Buoyed by the capital of three investors, Betterguards is currently working on the introduction of fully automated manufacturing processes. The anti-twist system which is protected by 15 patents has already attracted the attention of major brands involved in health and safety footwear as well as trekking and sports shoes (including football, basketball, handball and tennis). Germany’s railway provider Deutsche Bahn has also shown an interest. After all, the new platform technology could find other applications besides protecting human joints, and be deployed, for example, in adaptive braking systems.

This technology could prevent the risk of strollers, shopping trolleys, wheelchairs, rollators and trolleys from simply rolling away on slight inclines. Preliminary tests are said to have produced some promising results. According to Vinzenz Bichler, the company’s main focus is on helping people to rediscover the joy of physical exercise without the fear of injury. The full potential of this platform technology looks set to be unleashed in the next few years. 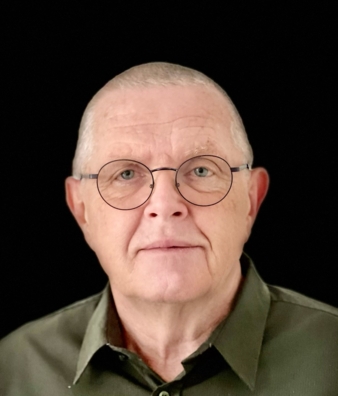 A great need for personal encounters

Oerlikon Nonwoven at the Anex-Since