For decades, textiles scientists, researchers and developers from all over the world have travelled to Dornbirn every September to discuss recent developments in synthetic fibres.

This year, the event’s approximately 100 talks focused on topics such as sustainability and circular economy, digitalisation and smart textiles, as well as the latest fibre innovations, surface modifications and special textiles applications.

For the first time, the congress comprised plenary sessions as well as the GVC Startup Days which gave twenty start-up founders the opportunity to pitch their textile innovations to the audience. Over 700 experts from 32 countries attended the event in Dornbirn from 11 to 13 September and Asia and Turkey were more strongly represented than ever before.

According to CIRFS, the European association for synthetic fibres, topics such as sustainability and the environmentally friendly production of fibres are not (yet) an issue outside Europe. Even so, globally leading fibre producers such as Indorama Ventures (Thailand) and Reliance Industries (India) have been championing more sustainable raw materials and production environments for years. At the same time, production volumes have been increasing steadily over the last few decades. Buoyed by cheap energy, China in particular is able to meet this demand with incomparably low-priced synthetic fibres. Tariffs are also having an impact such that Europe is currently mainly exporting speciality fibres to international markets. At the same time, Europe is looking to integrate more recycled materials into fibre production of the future. The problem is, however, that polyester (for example in the shape of used PET bottles) has become a globally sought-after resource in recent years. The fibres industry is therefore struggling to source the highly coveted “flakes.”

Another hot topic in the industry are micro particles produced by textile products, found especially in wastewater. Several research centres presented initial results in Dornbirn. One of the surprises was that tumble-drying leads to the release of higher quantities of microfibres than the washing process itself, but most fibres/micro particles are shed during a garment’s very first wash. According to some research centres, Europe’s three-stage wastewater treatment plants remove about 50 to 80 percent of microfibres released during washing, depositing them in sludge. European scientists are currently developing fast lab tests to check the release of fibres ina textiles. This norm will lead to a standardised filtering process which, for the first time, will enable the number of emitted microfibres to be determined. Well, at least in Europe...

The 59th GFC congress will take place from 16 to 18 September 2020 and will focus on the following topics: fibre innovations, circular economy and sustainability, surface modifications and additives, non-woven fabrics, technical textiles, mobility, apparel.

One of the largest European producers of nonwoven fabrics and their end products relies on ultrasonic welding with technology from Weber Ultrasonics. ... By  Editorial staff

An important crop in Mozambique

Cotton is ensuring the income

The diversification of economy in Mozambique is progressing. It emerges new and very dynamic commodities and some high priced agricultural products. By  Sibylle Michel 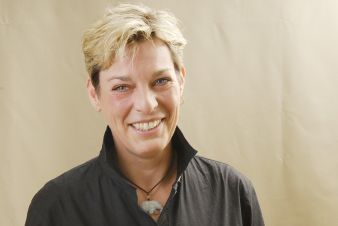 An important crop in Mozambique

Cotton is ensuring the income