Issey Miyake has died at the age of 84 in a hotel in Tokyo as a result of cancer. As now known and confirmed by the Miyake Group, the designer succumbed to liver cancer on August 5, 2022.

Characteristic for his work is an elaborate cutting technique, often architectural lines, characterized by manifold drapes, as well as the work with colorful silk fabrics, which unfolded not least in his second line Pleats please.

Together with other Japanese designers such as Yohji Yamamoto and Rei Kawakubo of Comme des Garcons, he stood for a new aesthetic, especially in the 1980s and 1990s, which redefined and decisively shaped fashion through the play of shapes, proportions, materials and monochrome color images. With their style, the Japanese stood for a revolution in the conventional understanding of fashion. Until the end, the presentations of his collections were always among the highlights of Paris Fashion Week.

The designer merged fashion and art; Miyake was a pioneer of collaboration with artists. Over the course of his work, Miyake collaborated with numerous photographers, pottery makers, painters, created costumes for Ballet Frankfurt from around the world for his Guest Artist series as well as for various exhibitions in Europe, the US and Japan. He also developed a friendship with Apple's Steve Jobs and produced the black turtlenecks which would become a part of Jobs' signature attire.

After graduating in graphic design from Tama Art University in Tokyo 1964, Miyake worked as an assistant at fashion houses in Paris such as Guy Laroche and Hubert de Givenchy. In 1969, he moved to New York City, where he met artists like Christo and Robert Rauschenberg, worked on Seventh Avenue for designer Geoffrey Beene. 1970 back to Japan he established his own Miyake Design Studio. Under the brand name Miyake since the 1970s are launched, among other products, his women's and men's clothing, furthermore accessories, wristwatches, as well as fragrances.

Born Kazanaru Miyake grew up in Hiroshima. He was seven years old when the atomic bomb was dropped on the city. He lost many family members in the attack, and his mother died of radiation sickness three years later. He himself developed a bone marrow disease, due to which he limped. It was this experience that ultimately drove him to fashion design, he explained in an interview with the Daily Telegraph in 2010 - design as something modern and optimistic.

Miyake did not reveal his experiences until 2009, when then U.S. President Barack Obama advocated for a world free of nuclear arms. In a translated piece for The New York Times published the same year, he wrote about how he had for many years avoided speaking about his experiences, but come to realize that discussion was needed to rid the world of nuclear weapons.

According to the artist's last will and testament, there shall be no mourning or memorial services.

Legendary British fashion designer Vivienne Westwood passed away on December 29, 2022. She played a key role in the punk movement with her provocative ... By  Sibylle Michel 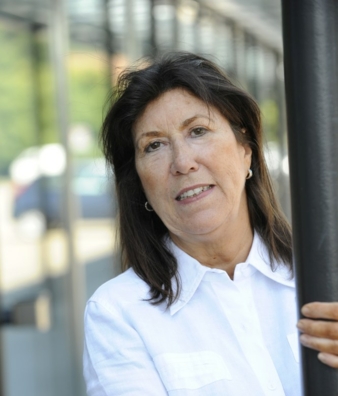 Munich Fabric Start gives a new impetus to the industry

TecStyle Visions: Special shows to look at, touch and take part in

Munich Fabric Start gives a new impetus to the industry