The spirit of Portugal

The Portuguese home textiles industry is based in and around Guimaraes. It was an obvious place, therefore, to hold the first Guimaraes Home Fashion Week, in the Pousada Santa Marinha.

This was not so much a trade fair as a presentation by a total of 29 selected manufacturers. The invited guests, roughly 50 in number, came from South Africa, the Netherlands, Germany, Austria, Canada, Chile, Spain, the USA, Greece, Hong Kong, Ireland, Japan, Oman, Poland, the Dominican Republic, Russia and Turkey. Attendees also had the opportunity to visit six of the companies, in order to experience at first hand the impressive creative capabilities and productivity of the region.

The Portuguese textile industry specialises in bedlinen and bathroom textiles, and to some extent in table linen and kitchen textiles. Decorative and upholstery fabrics are seldom to be found here. "Until a few years ago, our companies focused either on bathroom products or on bedlinen," says the trade association Home from Portugal. "Because demand for coordinates and mix-and-match products kept increasing, there has been a shift towards covering both areas since then." A small number of companies offer their own brands but the principal activity is in the private label sector, both in the contract and in the domestic business areas. Many large European companies have their goods produced in Portugal, including some highly prized international names. They have come to value Portuguese creativity and high quality standards, especially with regard to sustainability. Other factors include great flexibility and rapid fulfilment, since most of the companies are vertically integrated and have their own spinning, dyeing, weaving and stitching operations. Elaborate jacquard weaves are as readily available as fashionable prints in the latest colours.

Dynamism is now returning to the market

After a few lean years – when many European businesses switched to the low-wage Asian countries, Turkey being the biggest competitor – dynamism is now returning to the market. The Guimaraes Home Fashion Week is designed to raise awareness of Portuguese textiles in the industry, both in Europe and across the world. In that regard, it appears to have succeeded. In the words of a major Chilean producer, "The long journey was worthwhile."The two co-owners of an important Dutch wholesaler for the hotel laundry market were similarly impressed. "We've never made contact with Portuguese firms before, but we'll certainly be back." And the buyer of a chain store operating across Europe also considered the visit to Home Fashion Week a success. "In the towels area, we've been working with a Portuguese company for a long time. This time, though, we were on the lookout for a suitable partner in bedlinen. And I've found one!"

Guimaraes is regarded as the cradle of the nation: in 1096, Henry of Burgundy made the village the capital of his County of Portugal. And the Pousada Santa Marinha in Guimaraes, in the north of Portugal, is a place about which people wax lyrical. Here, within the time-honoured walls with their traditional, typically blue and white azulejo tiles that often relate whole stories, is where one senses the spirit of Portugal – an ideal venue for Guimaraes Home Fashion Week. Its many small rooms offered an alternative to elaborate stand designs, while the peaceful and intimate atmosphere turned out to be an ideal place for discussions. What is more, the Pousada proved to offer an aesthetic ambience for an aesthetic product.

The next Guimaraes Home Fashion Week will take place between 27 and 29 June 2017.

The interior trends this year is all about “colour – luxury – functionality” with sustainability at the top of the agenda. By  Ilona Schulz

Innovation and Inspiration for Knitting

Stoll: faster from concept to shop

Jörg Hartmann, Head of Fashion and Technology Stoll, and his team developed a new collection with many ideas to copy or as inspiration. By  Editorial staff

Heimtextil from 12 to 15 January 2021 in Frankfurt is proving very popular: more than 95 percent of the space occupied last time has now been booked. By  Ilona Schulz 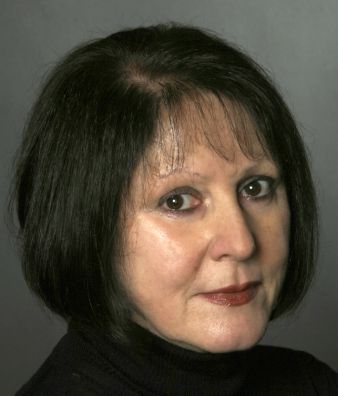 US cotton with more confidence

The Future of Fashion 1: New partnerships between design and technology